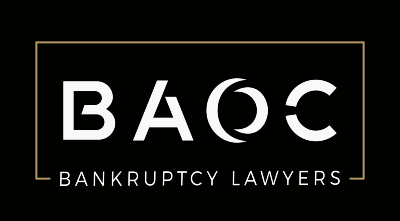 Filing Chapter 11 bankruptcy means you are submitting a plan to restructure your debts to help repay creditors over time. Large Businesses most often use it, but it can also help certain people and small-business owners. Chapter 11 is a much more complicated bankruptcy filing but can be useful if you do not qualify for Chapter 13.

Generally you have about four months to come up with a reorganization plan after filing your petition, although in some cases, this time frame may be extended up to 18 months. When creating a plan, you place each of your creditors into its own bracket. Unsecured debts are placed in a separate bracket and never merged with any other debts. Precedence is placed on certain debts, which means these are paid before others.

How Does Chapter 11 Bankruptcy Work?

During a Chapter 11 proceeding, the court will help a business restructure its debts and obligations. In most cases, the firm remains open and operating. Many large U.S. companies file for Chapter 11 bankruptcy and stay afloat. Such businesses include automobile giant General Motors, the airline United Airlines, retail outlet K-mart, and thousands of other corporations of all sizes. Corporations, partnerships and limited liability companies (LLCs) usually file Chapter 11, but in rare cases, individuals with a lot of debt, who do not qualify for Chapter 7 or 13, may be eligible for Chapter 11.

A business in the midst of filing Chapter 11 may continue to operate. In most cases, the debtor, called a debtor in possession, runs the business as usual. However, in cases involving fraud, dishonesty or gross incompetence, a court-appointed trustee steps in to run the company throughout the entire bankruptcy proceedings. The business is not able to make some decisions without the permission of the courts. These include the sale of assets, other than inventory, starting or terminating a rental agreement, and stopping or expanding business operations. The court also has control over decisions related to retaining and paying attorneys and entering contracts with vendors and unions. Finally, the debtor cannot arrange a loan that will commence after the bankruptcy is complete.

In Chapter 11 bankruptcy, the individual or business filing bankruptcy has the first chance to propose a reorganization plan. These plans may include downsizing of business operations to reduce expenses, as well as renegotiating of debts. In some cases, plans involve liquidating all assets to repay creditors. If the chosen path is feasible and fair, the courts accept it, and the process moves forward.

Who Qualifies For Chapter 11 Bankruptcy

Corporations, partnerships and limited liability companies (LLCs) usually file Chapter 11, but in rare cases, individuals with a lot of debt, who do not qualify for Chapter 7 or 13, may be eligible for Chapter 11.

A Chapter 11 bankruptcy reorganization plan lays out how the filer will pay their debt obligations moving forward. It gives the filer the chance to restructure and renegotiate the terms of paying back creditors.

The U.S. Bankruptcy Code requires that creditors be broken up into classes. Generally, the classes of creditors are:

Which creditors get paid, in what order, and when will be included in the contents of the plan of reorganization. Generally, secured creditors and unsecured priority claims will be paid first. Non-priority unsecured creditors, who sometimes form a creditors’ committee, will be paid after other creditors or in some cases not paid at all. Equity security holders have a claim on the company and may be paid before or after other creditors, or not paid at all. Creditors can object to their assigned class of creditors and to the plan proposed by the filer.

Creditors will file proof of claims, which state how much money they’re owed and protects their rights in a bankruptcy case. If an objection to their claim is filed, the creditor will have to prove why their claim is valid. The bankruptcy court ultimately decides the validity of claims.

Creditors with valid claims get to vote on whether they accept a proposed Chapter 11 bankruptcy reorganization plan. The creditors’ vote and court approval are necessary for plan confirmation. Court approval requires that at least one class of impaired claims – creditors with claims that will not be paid in full  – vote in favor of the bankruptcy plan. Under the Bankruptcy Code, an entire class of claims has accepted a plan if it’s accepted by creditors that hold at least two-thirds the total amount of all claims in the class and more than one-half of the number of allowed claims in the class.

A confirmation hearing will be held so that the court can determine whether to confirm (approve) the plan. The court will confirm a plan that complies with bankruptcy laws, was proposed in good faith, has reasonable costs and expenses, and meets all other requirements. Once the reorganization plan is confirmed, the Chapter 11 bankruptcy case can actually be closed until the plan is completed, then reopened. This allows the filer to save on fees and to stop having to file monthly reports.

There’s no bankruptcy trustee appointed in most Chapter 11 cases. Instead, the filer performs the duties that an appointed bankruptcy trustee would do in Chapter 7 or Chapter 13 bankruptcy proceedings. Acting as debtor in possession, the individual debtor or the filer’s owner in cases of corporate bankruptcy maintains control over their financial affairs or business operations and serves as representative of the bankruptcy estate. They’re responsible for examining and objecting to claims, accounting, filing tax returns, complying with reporting requirements, and other duties. The U.S. Trustee handles the administrative side of the Chapter 11 bankruptcy filing and makes sure the debtor in possession does what they’re supposed to do.

What's a Chapter 11 Bankruptcy As a Liquidation

Just as it is under a Chapter 11 case that operates as a reorganization, a bankruptcy trustee may or may not be appointed in a Chapter 11 that works as a liquidation.

What Do You Lose and What Can You Keep in Chapter 11 Bankruptcy?

In a Chapter 11 case, the debtor chooses whether to keep or surrender property to the secured creditor holding the lien. A lien is a security interest that gives the creditor the ability to take property back if the debt is getting paid, either through a repossession or foreclosure. The property with the lien on it is called the collateral. If the property does not have a lien and it does not serve as collateral for a secured debt, the debtor is generally able to keep all property.

Each bankruptcy case is different. However, most people who file a Chapter 7 case don’t lose any property because everything they own is protected by an exemption. As a result, debtors in Chapter 7 bankruptcy don’t pay back any unsecured creditors as part of their bankruptcy case.

In a Chapter 11 case, the debtor generally keeps all property, but must pay back creditors based on a set of rules under the Bankruptcy Code.

How Long Does a Chapter 11 Bankruptcy Stay on Your Credit Report?

The accounts that were included in your bankruptcy may fall off your credit report earlier, as most negative marks get removed after seven years.

The Bankruptcy Code requires that the Chapter 13 filer be the one to file the repayment plan. The same requirement is not part of the Chapter 11 Bankruptcy Code. In Chapter 11, a creditor can file a plan after the time during which the filer has an exclusive right to do so expires. This is true if the bankruptcy filer doesn’t file a plan or hasn’t filed one the creditors will approve.

Creditors in Chapter 13 bankruptcies don’t get a vote the way they do in Chapter 11 bankruptcies. A Chapter 13 creditor can object to confirmation of the plan, but the court can approve the plan as long as some of the filer’s disposable income will make payments to unsecured creditors.

Another way Chapter 11 is different from Chapter 13 is that a standing trustee administers all Chapter 13 cases. The Bankruptcy Code requires that a trustee be appointed to the case.  Chapter 11 has no such requirement and allows the filer to act as debtor in possession, essentially filling the role of the trustee.

What’s the Difference Between Chapter 11 and Chapter 7 Bankruptcy?

Chapter 11 lets you negotiate with your creditors to modify the terms of your debts and create a repayment plan without having to sell your assets. While individuals and businesses can utilize either type of bankruptcy, Chapter 7 is typically favored by individuals. Chapter 11 is geared more towards business owners.

How Bankruptcy Affects Your Credit

Whether you file Chapter 7, Chapter 11 or Chapter 13, your credit score will suffer. Legally, credit report agencies can leave all three types of bankruptcies on your credit reports for 10 years from your filing date. However, they usually remove completed Chapter 13 bankruptcy cases in seven years.

Is Bankruptcy Right for You?

Deciding whether bankruptcy is right for you really comes down to the nature of your debt and how vulnerable you may be to your creditors. Remember, not all your debts may be discharged during bankruptcy. Student loans typically can’t be discharged, except in cases of extreme hardship. Past due income taxes and child support may also not be eligible for discharge or a debt repayment plan. Also keep in mind that you will have to pay a filing fee–the price depends on which chapter you file for.

Filing bankruptcy can be financially, physically and emotionally draining. However, it may be your best option when bills keep piling up and you don’t have the means to pay your creditors. It’s also possible to recover from bankruptcy and rebuild your finances and credit, but it will take time.

How to File for Chapter 11 Bankruptcy

How Long Does Filing a Chapter 11 Bankruptcy Take?

The time to complete a Chapter 7 vs. Chapter 11 bankruptcy case is very different.

A business that files under Chapter 11 is in bankruptcy for several years in most cases. A Chapter 7 for a business could be completed in a year or two, depending on the size of the business.

How about we waive our consult fee for you? Just fill out this form or call (720) 780-6595 to get a free 30-minute phone consultation with one of our attorneys.